If you are a Pakistani and you are working in a private organization like the Bank fucking Alfalah your life is not your life, your life is bought by such shitty companies that they want you to eat, sleep and go washroom when they want. It has happened with me and it happens with majority of the people who just want to earn a better living.

Sometimes organizations are fucked up and sometimes it’s the influence of a fucked up person or you can call that person a scumbag. Here i have tried to write down the recipe of how to be a scumbag. It is brought to you by Hasan Zaidi in association with Dawn News and Bank Alfalah.

3. If anyone talks to you in the language you normally talk with people, don’t ever let them. Use your influence because you are a bastard and you work in an influential organization by mistake. Take Example

4. Don’t accept that you yourself are a smug faced harami but someone who talked the same way you use to talk is completely unbearable.

6. Tell people you never did anything against anyone but whats done feels so great. Example is given below

7. Retract from what you said earlier and try to be an angel

These are some of the steps you can take to be a scumbag or a douchebag or a fucker or a harami which ever suits you but i know you won’t do anything like this mad fuck did.

We should try to be humble, it’s social media, if you abuse i’ll be double abusive or if you are a cluster fuck like Hasan Zaidi i’ll probably keep quiet. Since this incident is nothing but negative use of influence. If i had this influence i would have asked Dawn to fire this bastard and make him an example. 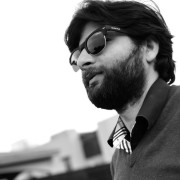 Why We Created BARZ